The game is set during Japan's Edo period on Hyakki Island, a place where prisoners are sent to live in exile.
The island imprisons Kigata Doman, a cunning rebel who once planned to overthrow the Shogunate and assassinate its leader.
One day, the Shogunate receives information that a mysterious castle has appeared on the island.
What's more, the very same day human heads arrive at Edo Castle.They appear to be the disfigured forms of Hyakki Island's guards.
Believing this to be the work of Kigata Doman, the Shogun orders four special agents (the player) specially trained in Yokai and monsters to investigate the island's mysterious Hyakki Castle, and to assassinate Kigata Doman.investigate the mysterious castle "Hundred Democratic Castle" built on the island and assassination of Kita Doanomi It was.

The game reproduces Yokai from ancient Japanese literature, including the giant skeleton Gasha Dokuro and a Yokai made up of a woman's head and arm.
Many creepy and terrifying monsters will appear.
They await your secret agents (players) in Hyakki Castle.
Powerful bosses will be unleashed at certain points as you make your way up through the castle. Aim for the tower, where the master of the castle awaits!

Real time dungeon RPGs play like an action game, in which you move around and fight on a floor with a grid layout. With the exception of some portions, the game plays out in real time.
When in combat, the enemy won’t wait for your attack.
Battle by avoiding enemy attacks and timing your own attacks at the right moment.

A Yokai-Filled Castle with Death Looming Around the Corner

The player’s secret agents will storm Hyakki Castle, where formidable Yokai and terrifying traps await.
Be careful. One miss will cost you your life.
Eat the food you find in the castle to survive. An empty stomach will lower your stats.
There’s nowhere to relax in this castle. Eat, sleep, destroy Yokai, and search the castle.
In the Yokai-filled Hyakki Castle, you’re always one step away from death.

The game has a split party system that uses the Tokugawa treasure item Ishin no Ofuda.
The player can freely split up into two parties at any time (the game will go into split screen mode).
When necessary, split into two teams to deal with the traps and challenges in the room.
In addition, the party you aren’t controlling will use spells to temporarily harden themselves, increasing their stamina.
Attack enemies from the rear to deal massive damage. Use the hardened party with high stamina as a decoy, and send the other around to the back.

The player forms a group of secret agents by selecting the races and jobs of a four-member party. 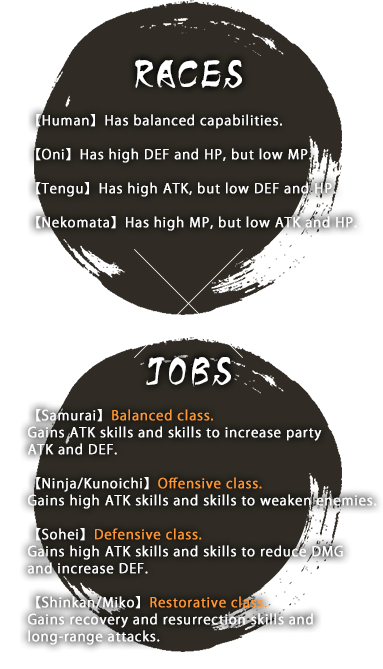 Each race comes with different stats, and the skills you gain will differ by job.
Form your own unique group of secret agents! 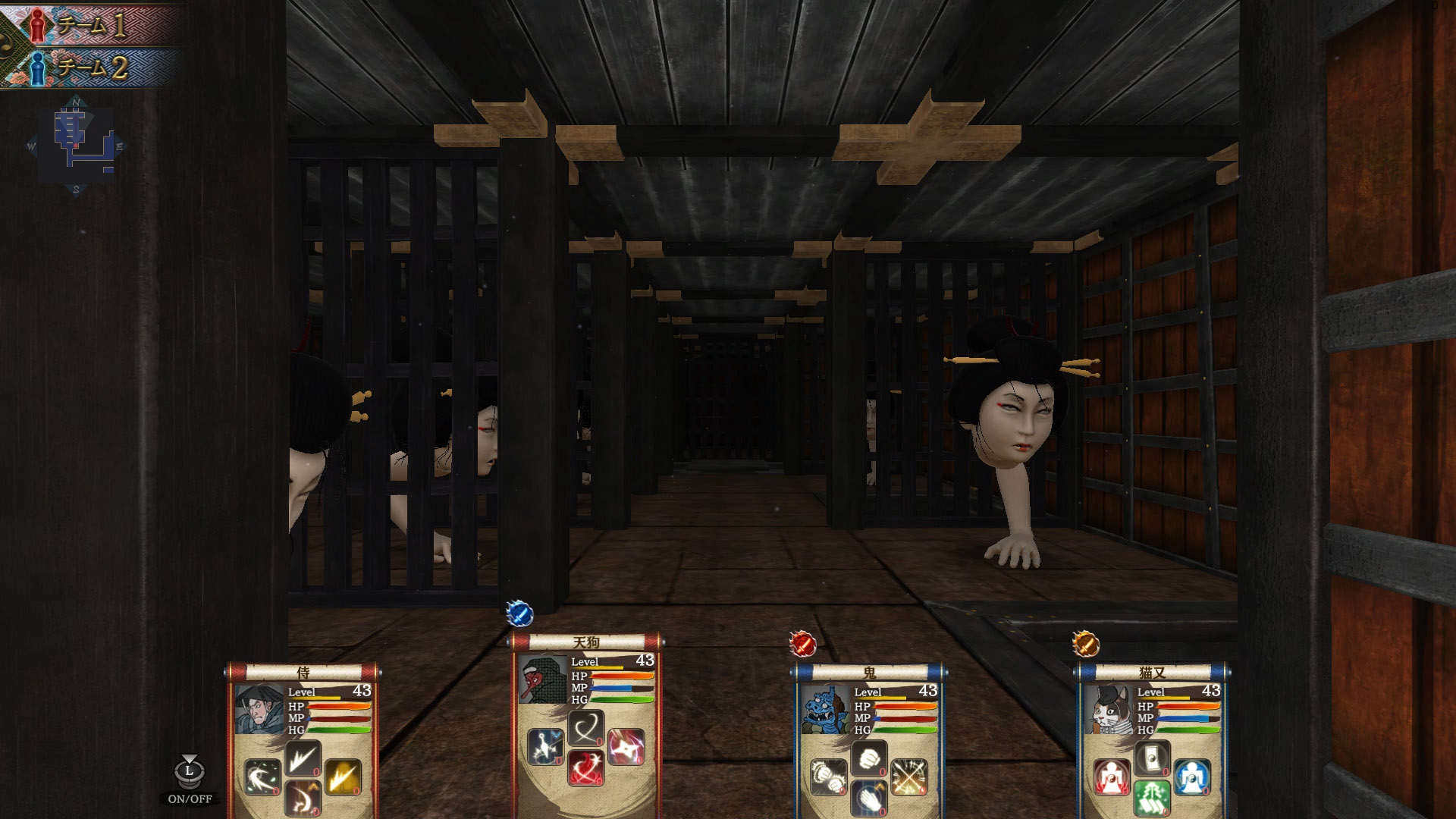 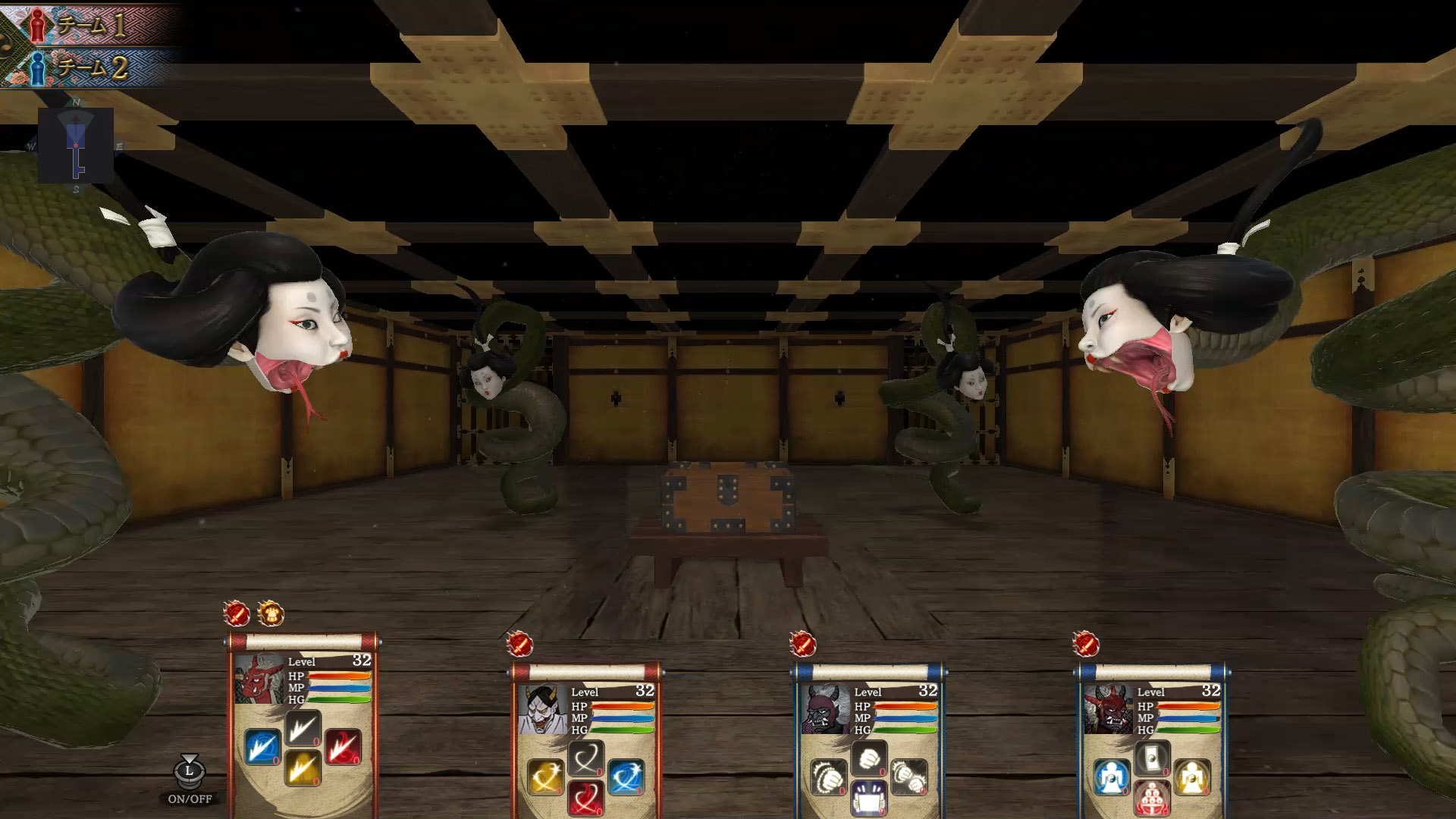 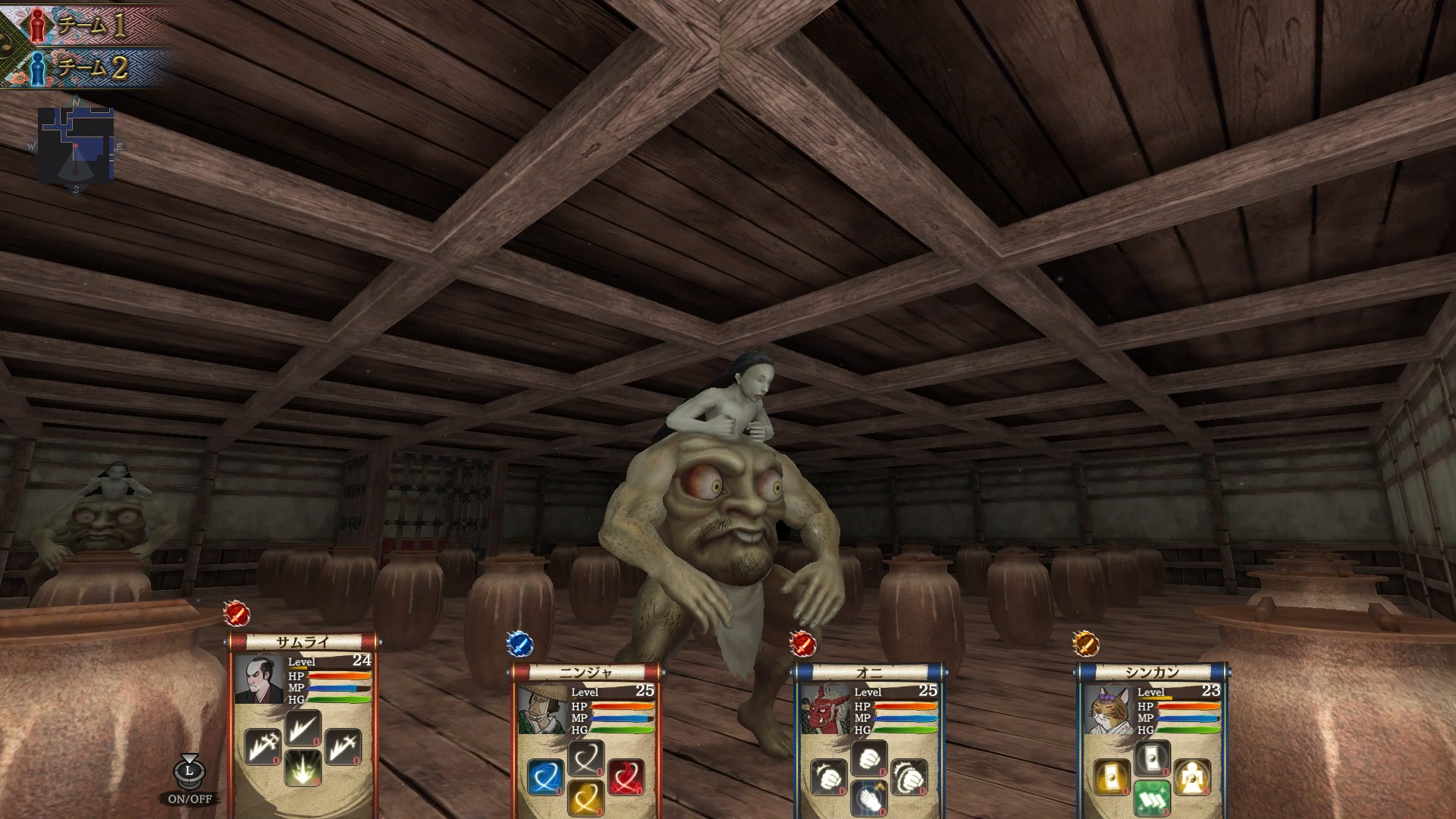 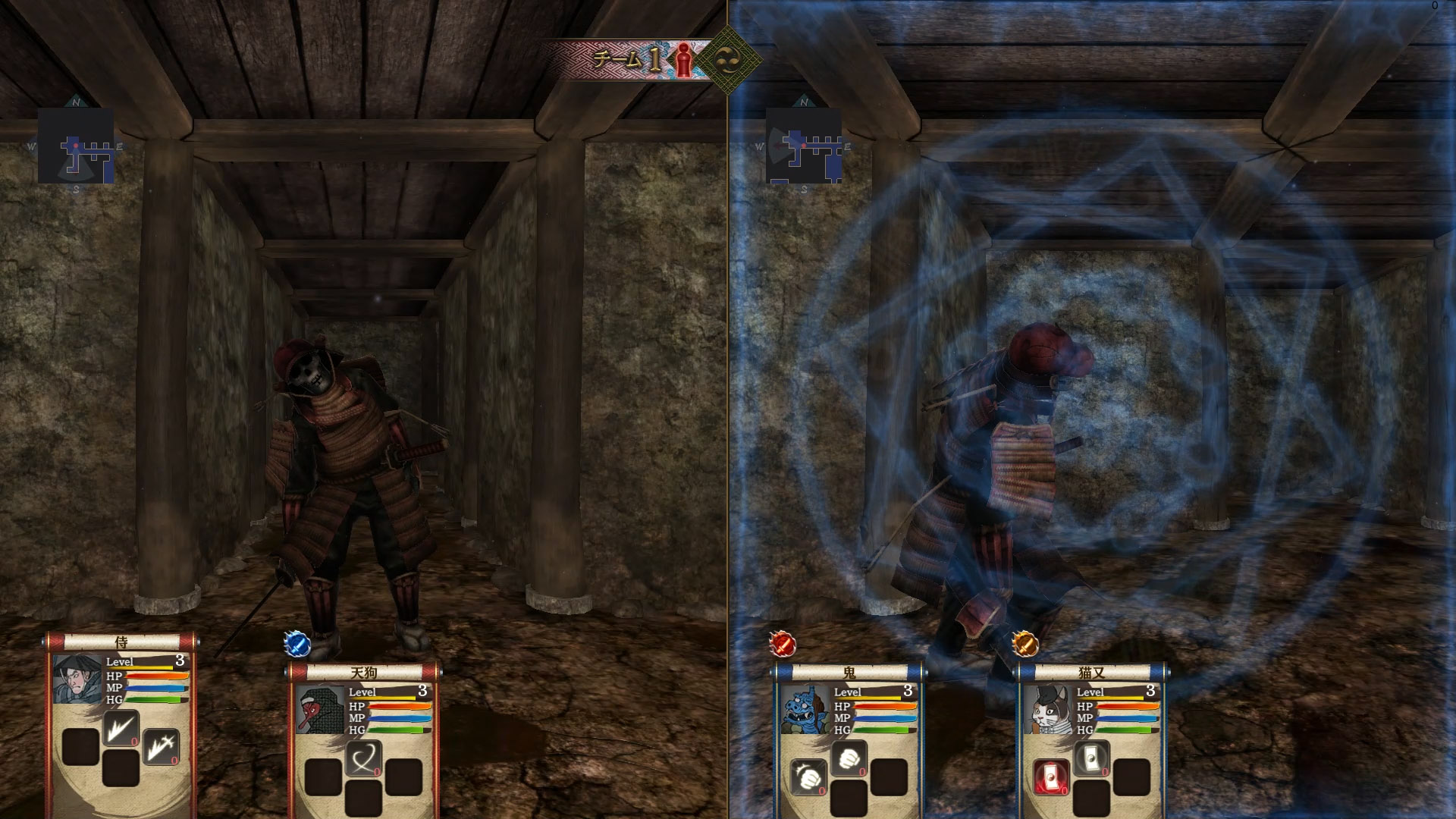 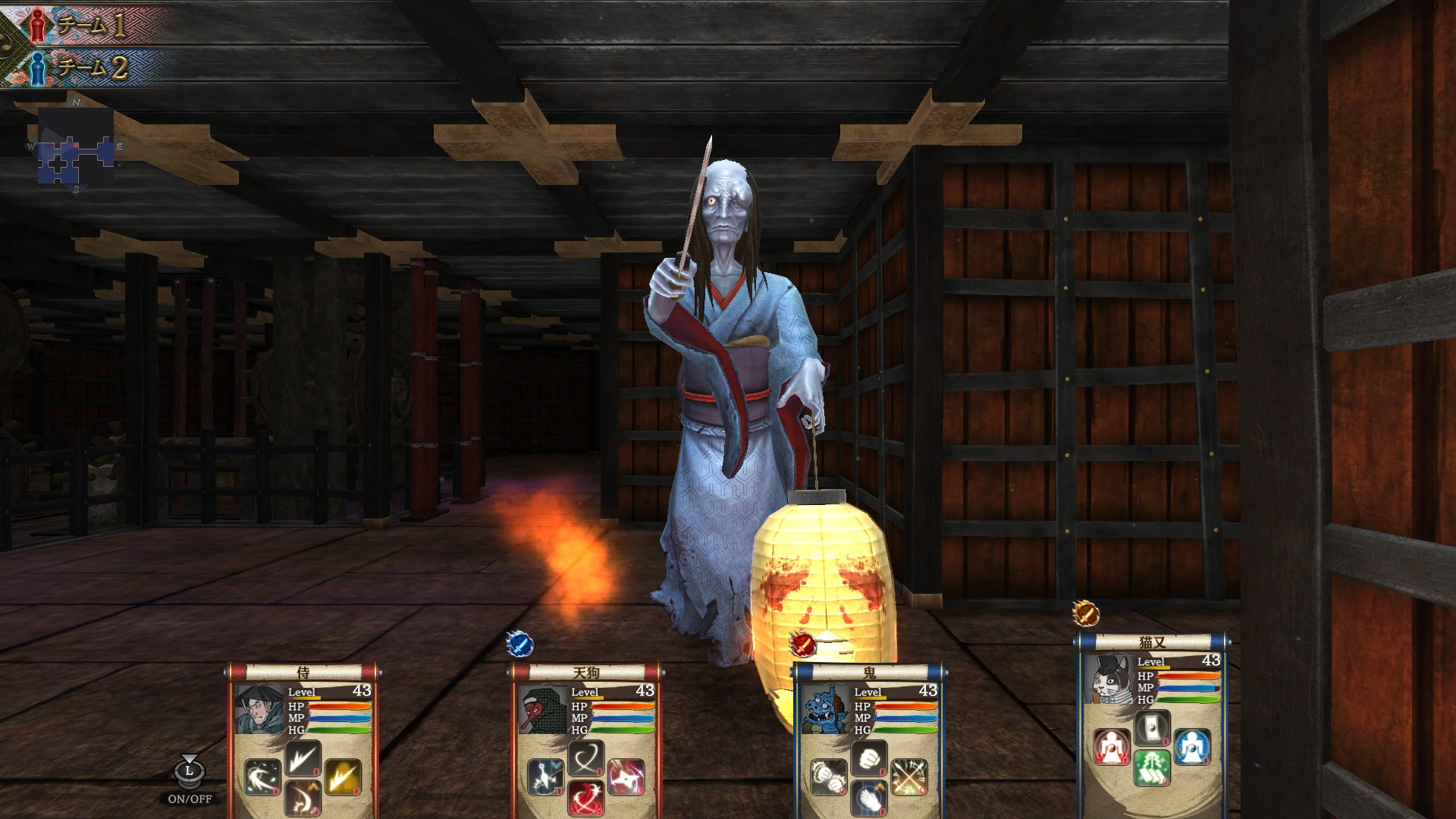 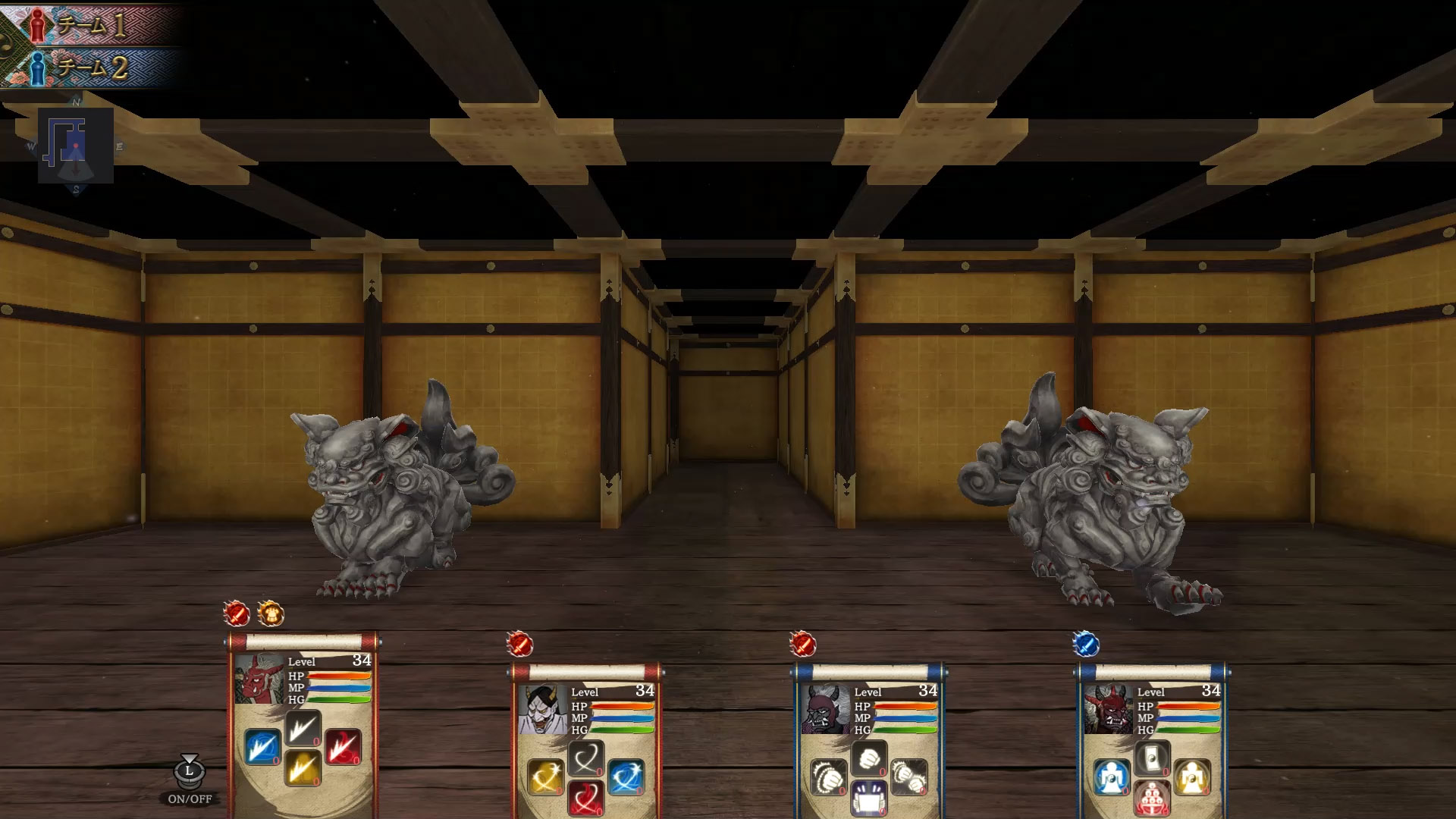 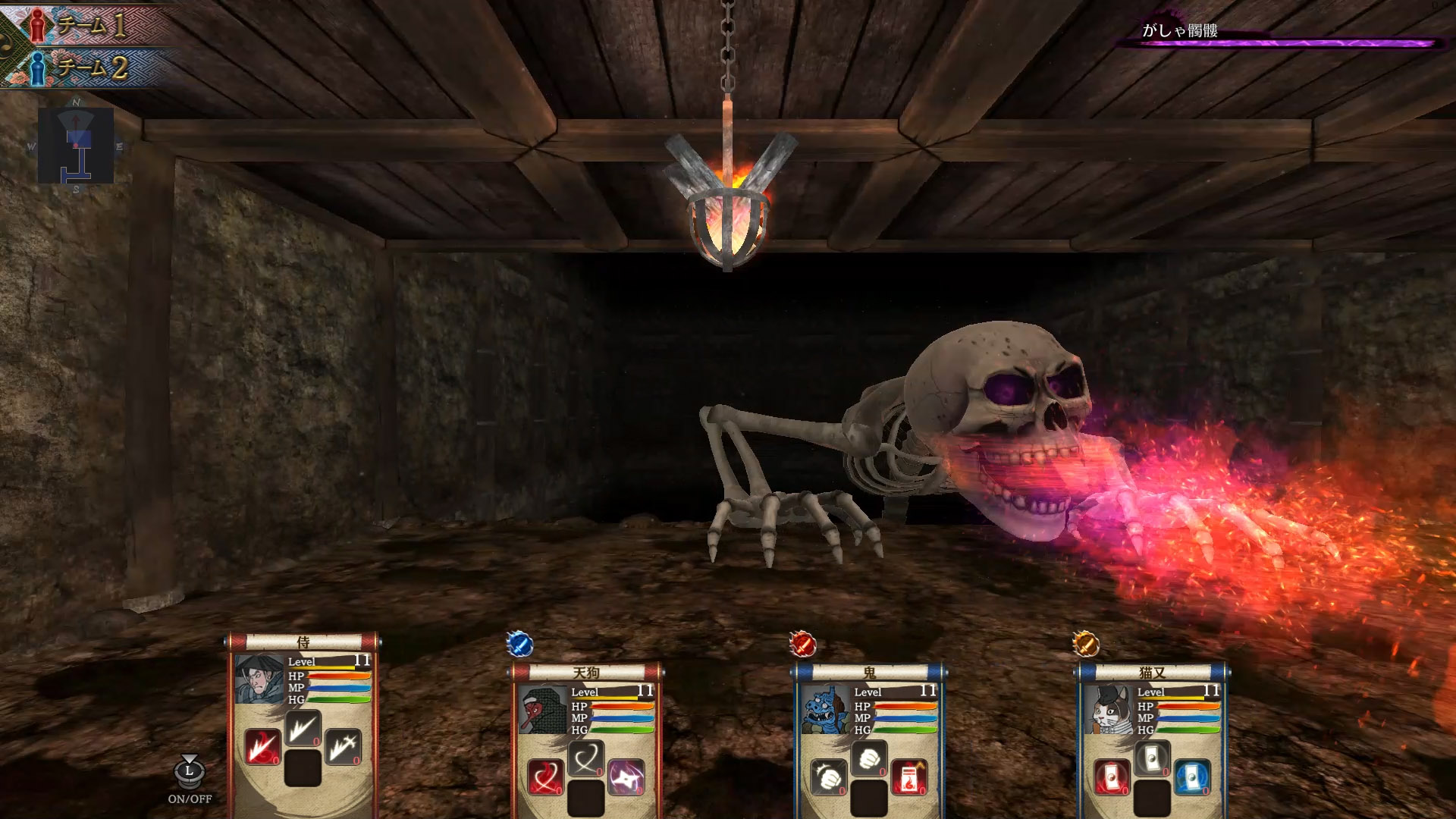 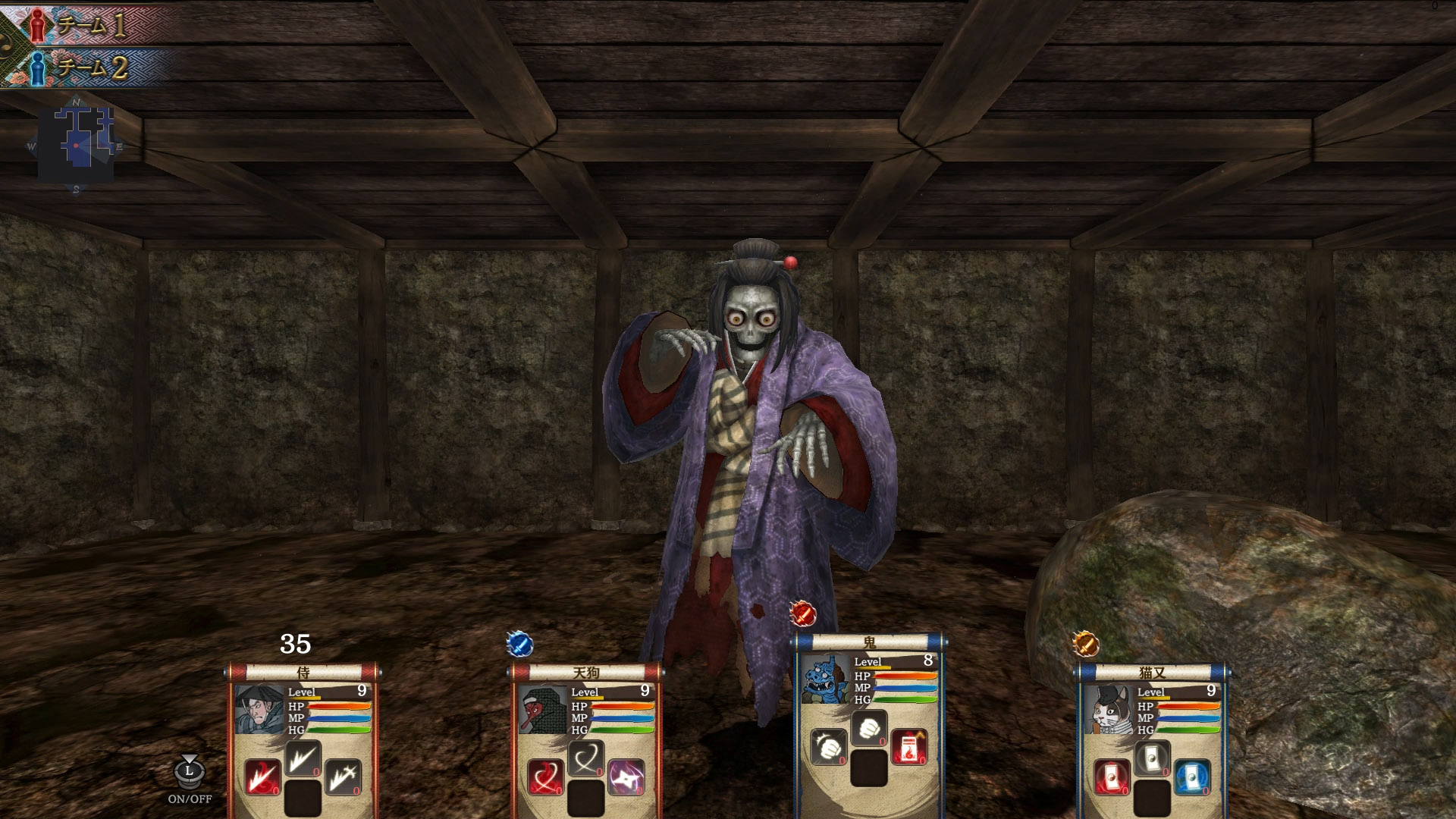 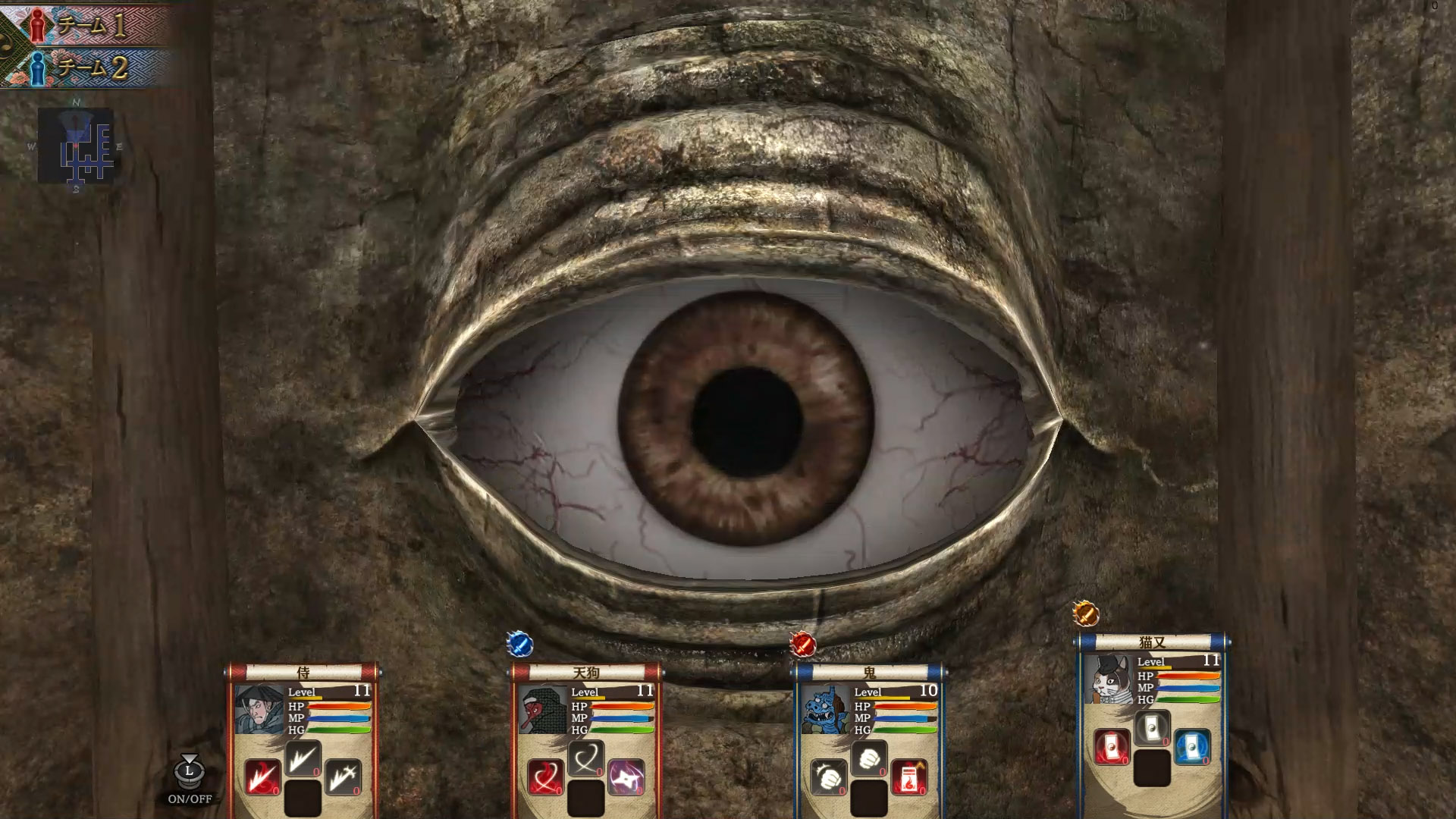 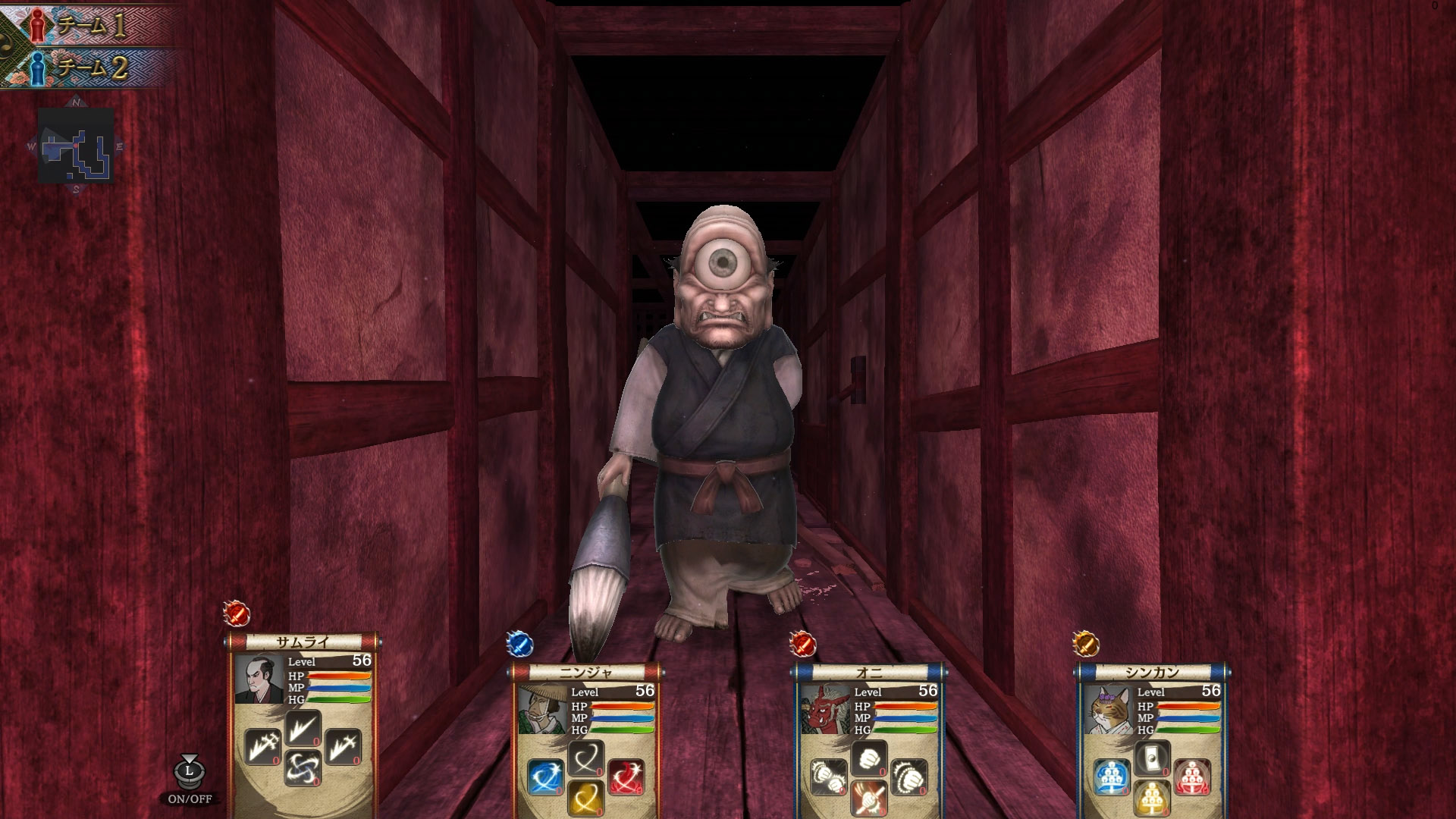 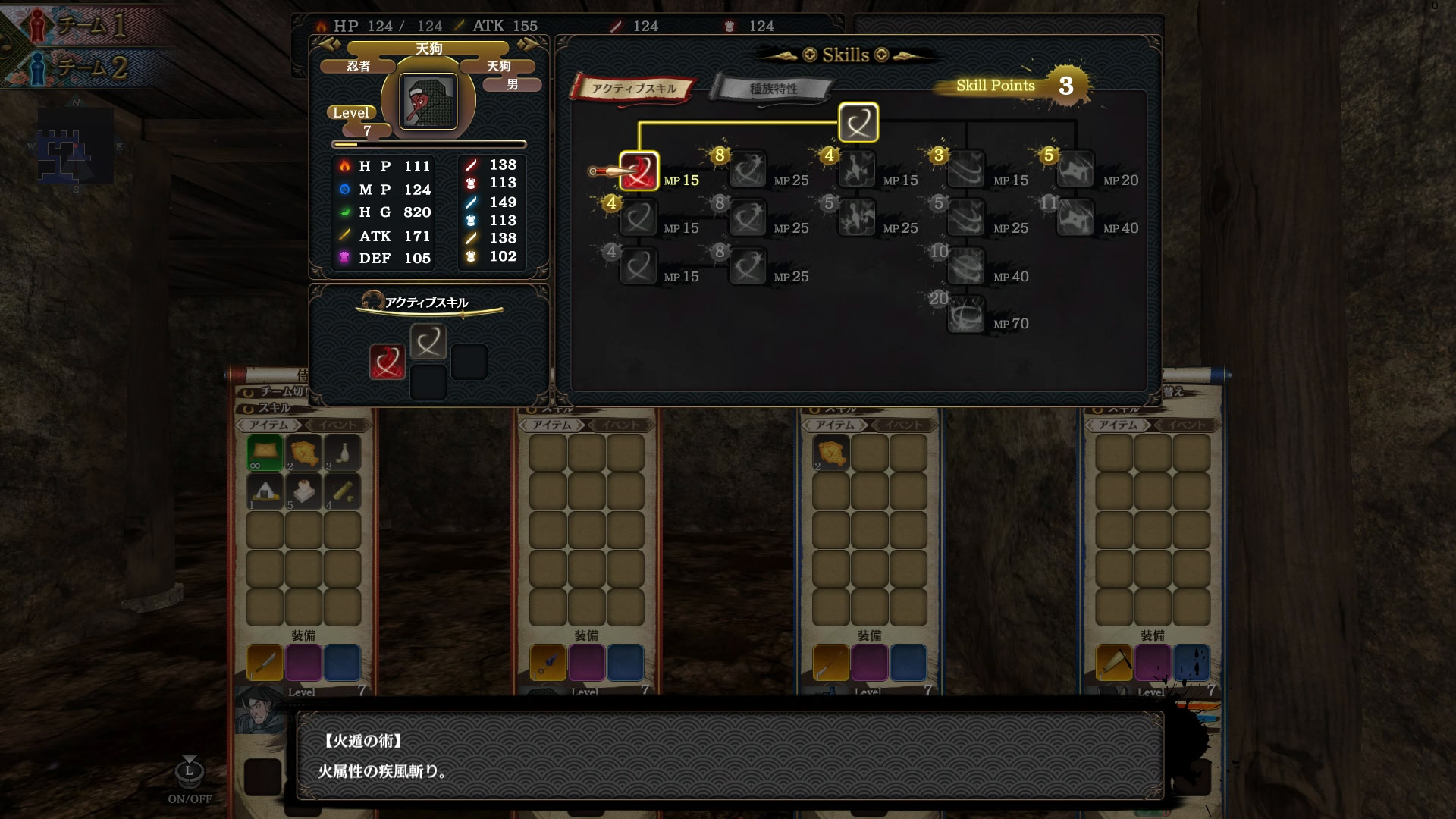 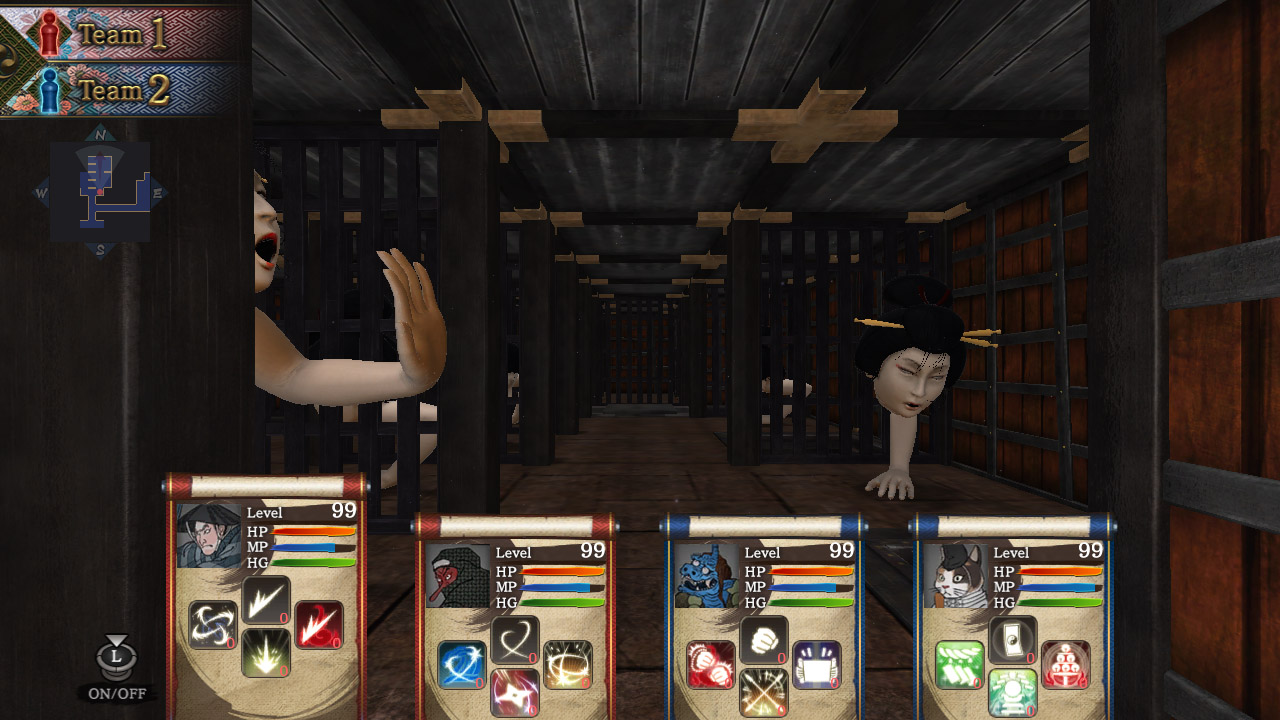 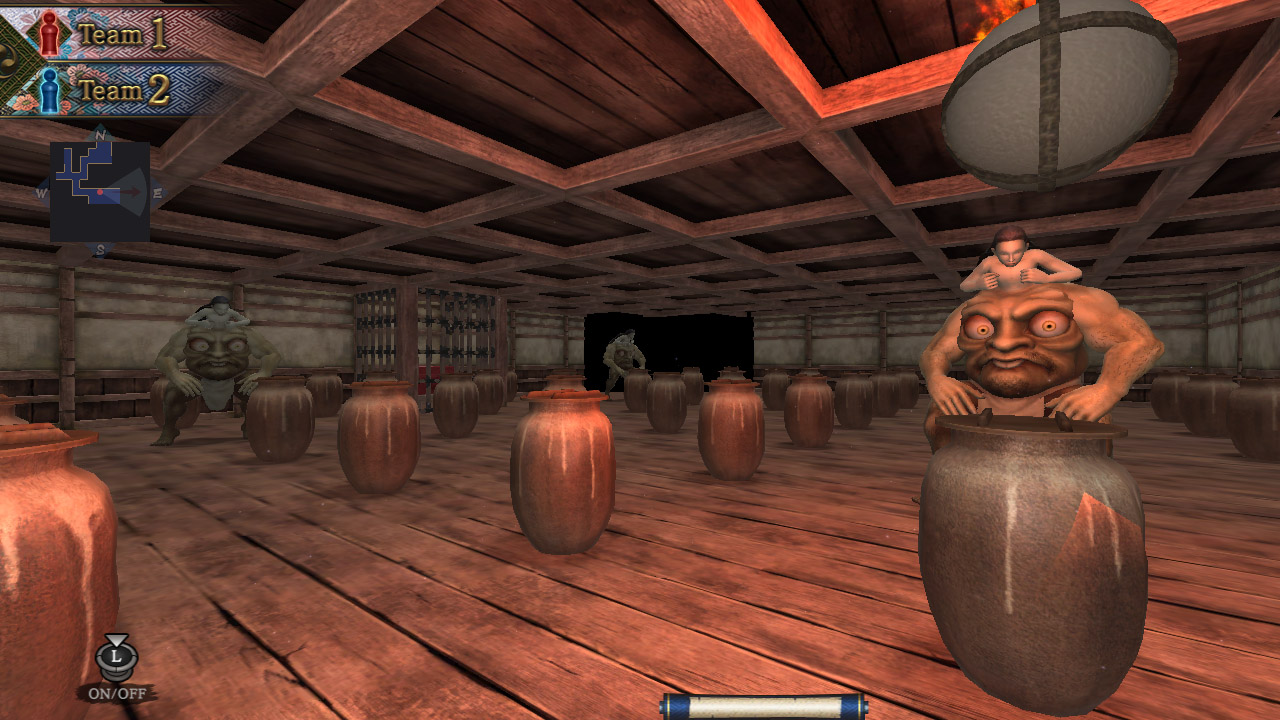 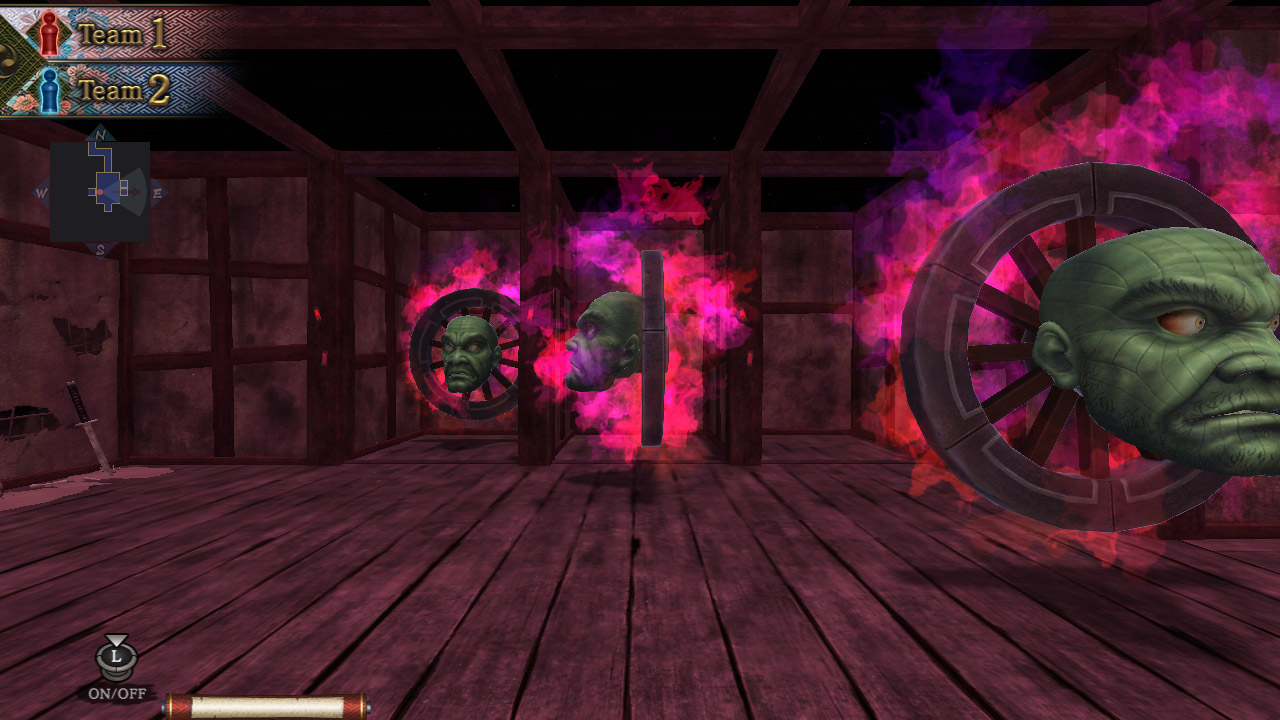